hour after using marijuana in the past 30 days 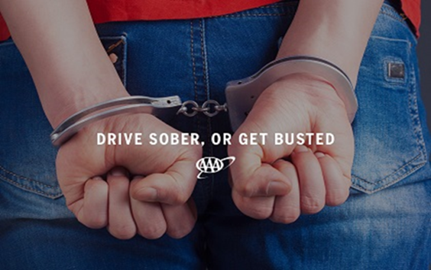 ATLANTA, Ga. (June 19, 2019) — Nearly 70% of Americans think it’s unlikely a driver will get caught by police for driving while high on marijuana, according to a new AAA Foundation for Traffic Safety survey. An alarming finding shows that an estimated 14.8 million drivers report getting behind the wheel within one hour after using marijuana in the past 30 days. The impairing effects of marijuana are usually experienced within the first one to four hours after using the drug.1 And marijuana users who drive high are up to twice as likely to be involved in a crash.2

“Drugged driving negatively affects a number of abilities needed for safe driving, such as motor coordination and reaction time,” said Montrae Waiters, spokeswoman, AAA- The Auto Club Group. “Yet, many drivers don’t consider marijuana-impaired driving as risky as driving drunk or talking on a cell phone while driving.  In the state of Georgia, motorists should be aware there is a zero tolerance law regarding marijuana use.”

In the AAA Foundation survey, 7% of Americans reported they approved of driving after recently using marijuana – more than other dangerous behaviors like alcohol-impaired driving (1.6%), drowsy driving (1.7%), and prescription drug-impaired driving (3%). Other survey findings show that:

Programs like Advanced Roadside Impaired Driving Enforcement (ARIDE) and the 50-State Drug Evaluation and Classification (DEC) Program were developed to train law enforcement officers around the country to more effectively recognize drug-impaired driving. There are currently more than 87,000 ARIDE and 8,300 DEC trained officers patrolling U.S. roads. Additionally, the number of trained Drug Recognition Experts (DREs) has increased by 30% since 2013. These officers report that marijuana is the most frequently identified drug category. Since 2015, the number of drivers arrested by DREs for using marijuana increased 20%.3

AAA recommends all motorists avoid driving while impaired by marijuana or any other drug (including alcohol) to avoid arrest and keep the roads safe. Motorists should be mindful that legalization of a drug does not mean it is safe to use while operating a motor vehicle. Drivers who get behind the wheel while impaired put themselves and others at risk.

The new survey results are part of the AAA Foundation’s annual Traffic Safety Culture Index, which identifies attitudes and behaviors related to traffic safety. The survey data are from a sample of 2,582 licensed drivers ages 16 and older who reported driving in the past 30 days. The AAA Foundation issued its first Traffic Safety Culture Index in 2008, and the latest report is online at www.AAAFoundation.org.

About AAA Foundation for Traffic Safety

Established in 1947 by AAA, the AAA Foundation for Traffic Safety is a nonprofit, publicly funded, 501(c)(3) charitable research and educational organization. The AAA Foundation’s mission is to prevent traffic deaths and injuries by conducting research into their causes and by educating the public about strategies to prevent crashes and reduce injuries when they do occur. This research is used to develop educational materials for drivers, pedestrians, bicyclists and other road users. Visit www.AAAFoundation.org.

About The Auto Club Group

The Auto Club Group (ACG) is the second largest AAA club in North America. ACG and its affiliates provide membership, insurance, financial services and travel offerings to over 9.9 million members across eleven states and two U.S. territories including Florida, Georgia, Iowa, Michigan, Nebraska, North Dakota, Tennessee, Wisconsin, Puerto Rico and the U.S. Virgin Islands; most of Illinois and Minnesota; and a portion of Indiana. ACG belongs to the national AAA federation with more than 59 million members in the United States and Canada and whose mission includes protecting and advancing freedom of mobility and improving traffic safety. Motorists can map a route, identify gas prices, find discounts, book a hotel, and access AAA roadside assistance with the AAA Mobile app for iPhone, iPad and Android. Learn more at AAA.com/mobile. Visit AAA on the Internet at AAA.com.

The cheapest gas at Thanksgiving since 2008 is one of the factors that will make it the busiest traveled Thanksgiving holiday period since 2007. Meanwhile, Georgia State Patrol troopers and other law enforcement plan to […]

The Georgia Legislature recently passed HB 673, a law, “relating to motor vehicles and traffic, so as to prohibit actions which distract a driver while operating a motor vehicle; to provide for the proper and […]